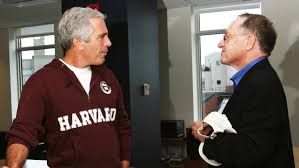 https://www.thedailybeast.com/epstein-accuser-sues-alan-dershowitz-over-alleged-sex-ring
Then there is Republican Representative Jim Jordan who told Fox News that he thinks not calling witnesses in the Senate impeachment trial is the “right thing to do.” Jordan is an expert on witnesses not talking about the crimes they saw.As widely reported Congressman Jordan knew about ongoing and…
Post a Comment
Read more

Trump & Zeldin Are Wagging the Dog: I'm Not Afraid to Say It 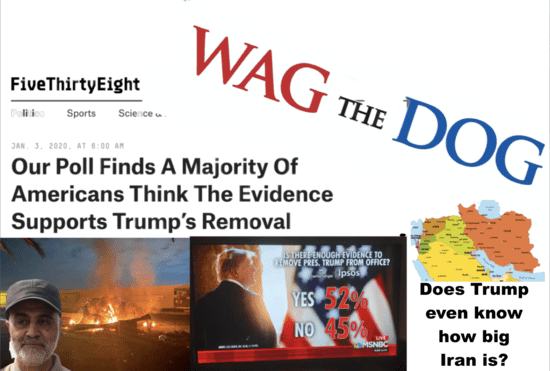 BACKGROUND
The real purpose behind the United States' invasion of Iraq was to gain staging points from which we could attack Iran -- to get their oil.  Claimed weapons of mass destruction in Iraq have proven to be false by none other than the United States Marines who were tasked with finding them.  The weapons of mass destruction were a lie gauged to build support and legitimacy for the oil war.
We know this because prior to 9-11 President Bush met with a number of high level oil company executives in a grand meeting.  All efforts to get the minutes of the meeting were rebuffed.  But it was obvious that it was all about how to split Iran's vast oil fields.
Prior to the war many Shia citizens of Iraq fled Saddam's regime because of mistreatment and possible death.  They had opposed Saddam.   They fled to Iran.  In IranMaj. Gen. Qassem Soleimani organized these refugees into militias and paramilitary groups.  They received weapons and a modicum of training.
As the American in…
Post a Comment
Read more

PLEASE HELP ME BRING BACK AMERICA

Trump and His Humps
Are We Even American AnymoreThere is Donald Trump and just some of his business contacts that threaten our existence.
We have Turkey's Erdogan -- it was the Turks that recently chased our troops out of Northern Syria.
We have Putin who just developed and deployed a 24,000 mile per hour nuclear missile that has directional changes.  The Russians developed it to use against us because we are the only Country that fields missile interception systems capable of hitting missiles.  It can't hit this.
Of course the Russians attack our elections on a daily basis and back Iran.  Meanwhile at Helsinki Trump sold out our own intelligence agencies to Putin.  We could go on and on.
We have the Crown Prince of Saudi Arabia that Trump has dedicated thousands of men and very expensive equipment to protect.  This is the Country that attacked us on 9-11.  It is currently committing genocide in Yemen which we support.  Trump concluded the biggest arms deal in American history wit…
Post a Comment
Read more

Finally ... Christians Speak Out About the Moral Atrocity Called Trump 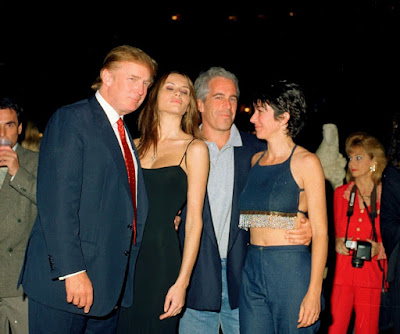 In a troubling sign for President Trump, leading evangelical magazine Christianity Today denounced him as a "leader of grossly immoral character" Thursday and called for him to be removed from office. Impeachment appears to have been the final straw for editor-in-chief Mark Galli, who writes that although the process was flawed, it was "profoundly immoral" for Trump to attempt to "use his political power to coerce a foreign leader to harass and discredit one of the president’s political opponents." That Trump "should be removed, we believe, is not a matter of partisan loyalties but loyalty to the Creator of the Ten Commandments," writes Galli.
The magazine, which was founded by Billy Graham, saw its website crash Thursday night from the increased traffic, USA Today reports.
"To the many evangel…
Post a Comment
Read more

BRAVE TRUE CONSERVATIVES SPEAK OUT AGAINST TRUMP IN A BIG WAY

I Want These Brave Folks On My Side


A conservative group is targeting House Republicans with a digital billboard campaign that is heavily critical of President Donald Trump.
In the new ads, Republicans for the Rule of Law calls out Trump for prohibiting key witnesses in the Ukraine scandal from testifying in the House impeachment inquiry against him.
The ads show Trump with a finger over his mouth to indicate that he wants silence. He appears next to Secretary of State Mike Pompeo, former National Security Adviser John Bolton, acting White House Chief of Staff Mick Mulvaney and Trump’s personal lawyer, Rudy Giuliani, in the images.
All apart from Trump have tape placed over their mouths to keep them from speaking.
“What Is Trump Hiding?” ask the ads, which will be placed in the congressional districts of House Republicans, including Reps. Greg Walden (Ore.), Mac Thornberry (Texas), Fred Upton (Mich.) Brian Fitzpatrick (Penn.), Adam Kinzinger (Ill.) John Katko (N.Y.) and Martha Roby (Ala.).
…
Post a Comment
Read more 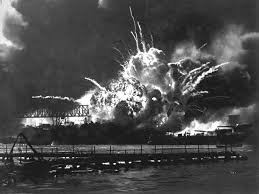 Today marks the 78th anniversary of the Japanese attack on Pearl Harbor.

What caused the attack?  American isolationism and the abandonment of our allies.  Does it sound familiar.

Let me remind you.  United States troops running from Turkish and Russian forces in Syria as we just witnessed because Russia's top men in America -- Trump and Kremlin Zeldin -- ordered it.

Allowing North Korea to develop and deploy nuclear missiles capable of hitting the United States.  Meanwhile Trump hugs that miscreant North Korean leader fat boy Kim.  Trump even visits North Korea as the missiles are pointed us.  Every day that moron Kim taunts and challenges us and we do nothing.  Trump and Pyongyang Lee Zeldin cheer it on.  Cowards.  And if you are still a Trump/Kremlin Zeldin supporter -- even now after all we have seen -- than perhaps you are a coward too.

Siding with Putin over our own intelligence officials and operatives at Helsinki.

And it goes on.

THAT BURSTING BUBBLE: The True American Economy in 2019 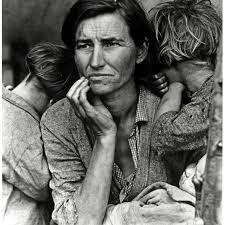 Donald Trump and "Pyongyang" Lee "Kremlin" Zeldin's New Great Depression: Circa 2020
Donald Trump runs the U.S. Economy like he ran his businesses.  He borrows to no end.  Does not care about debt.  He produces nothing.  The business eventually fails. It then goes bankrupt stiffing all of the creditors.
Except when you are the United States of America you just can't go bankrupt because if you do your creditors will no longer loan you money.  And America cannot survive without borrowed money.  We run a budget deficit of one trillion dollars per year since Trump's great tax cut for the billionaires.  Corporations now pay no taxes -- because they have more rights then people.  The deficit has soared to perverse heights because of it.  That is one trillion dollars a year that we borrow. If the Government does not have that money it cannot spend that money.  Which means not only do we say goodbye to essential things like the military and social security but w…
Post a Comment
Read more
More posts

Raymond Zuppa For Congress 1st Congressional District Suffolk County
We cannot afford to be the run by Russians, and be the whores of the Saudis who attacked us on 9-11. Nor can we afford to give our money to redneck states. New York needs to be independent if we are to survive Covid-19